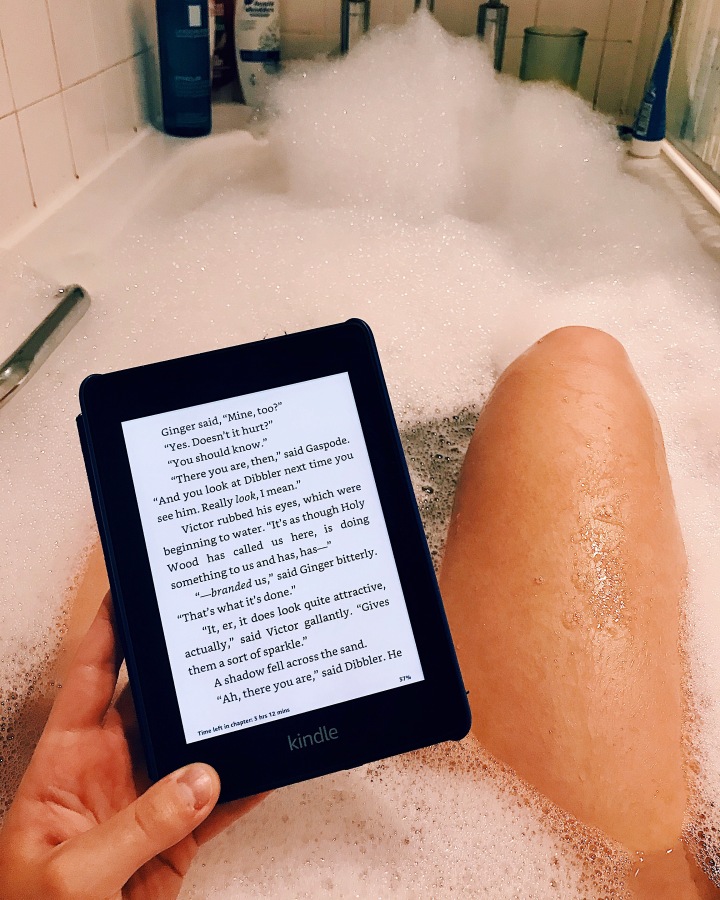 If I said I went overboard with e-book purchasing this month, then that would be an understatement.  I got waaaay too trigger happy and (as if by magic) now have 56 brand new titles in my Kindle library.  It’s a good thing my boyfriend and I do not have a joint bank account – my head would be on the chopping block right now!  I am going to split up this splurge into a few blog posts over the coming month.  Hopefully, you will be able to pick a few out of these smaller ponds instead of attempting to wade through an ocean of recommendations.

I couldn’t do a book haul and not have Midnight Sun at the top of my list.  Fourteen-year-old Ella, who was utterly consumed with the Twilight Saga, is living her best life right now.  The highly-anticipated Midnight Sun is simply Twilight reformatted and retold from Edward’s perspective.  It is the same story but has the potential for more steamy blood thoughts and less “he chuckled” moments.  I am fully blaming TikTok for this purchase.

I Am Not Your Baby Mother – Candice Brathwaite

Piranesi is an enigma.  It’s subtle and simple yet stunning – every critic who has got their mitts on Susanna Clarke’s latest novel, Piranesi, is calling it a vivid masterpiece.  From what I can gather, describing the story as a ‘plot’ is a direct insult.  There is not a plotline.  Only art.  The character of Piranesi steeps himself in solitude while finding light in the mundane.  The world he lives in is a blend of Tolkien fantasy and C. S. Lewis magic; which sounds heavenly and impossible.  Piranesi sounds too good to be true. 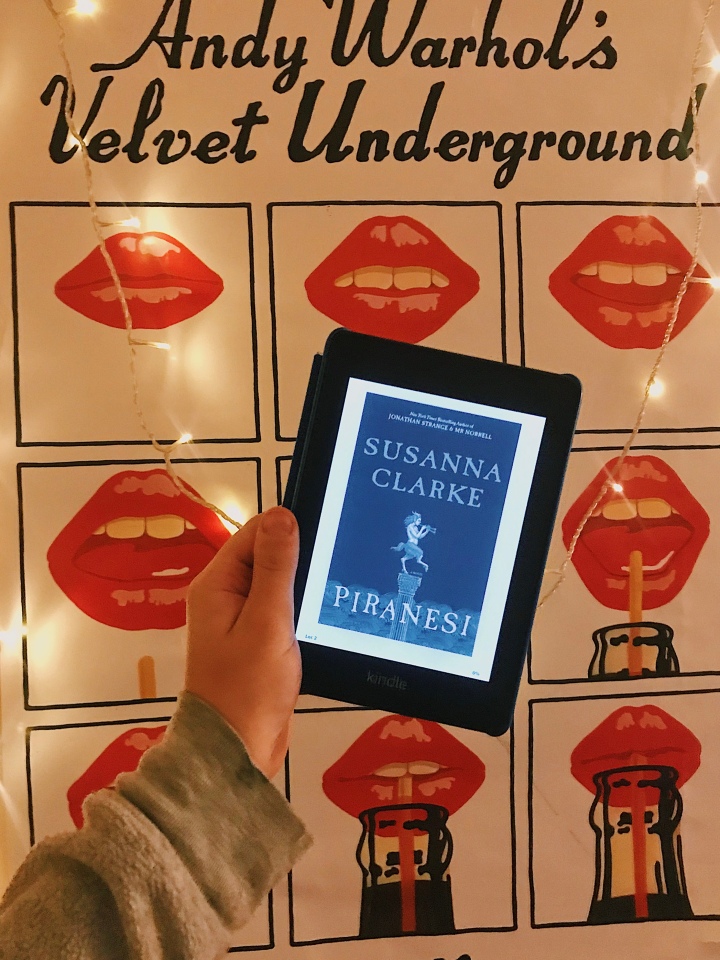 We Should All Be Feminists – Chimamanda Ngozi Adichie

David Mitchell’s Utopia Avenue ends (what feels like) a lengthy five-year hiatus between releases.  If you liked the grit, realism, and raw emotion of Taylor Jenkins Reid’s Daisy Jones & The Six then Utopia Avenue might be right up your street.  The year is 1967; Utopia Avenue rises from the pits of London’s psychedelic scene.  There are raucousness and debauchery sliced between fame, love, sex, drugs, and madness.  The ride may stop but where do you want to get off?

Earlier this year, a worldwide lockdown sparked feelings of mass unease and uncertainty.  Living wild and uncomfortably allowed us to peer into our cracks and see our misgivings for the first time.  Zadie Smith has documented her own observations – both mundane and charming – in six, neat essays published in a book called Intimations.  Warming and lyrical, there is no doubt that Smith could touch anything and it would turn to gold.

A blazing dystopia of cruelty and damage sowed up with sisterhood and fierce desire – The Water Cure by Sophie Mackintosh is special.   Thought to show a shade of Margret Atwood, The Water Cure follows three grown-up sisters – Grace, Sky and Lia, who have had their bodies punished in search of purity.  The outside is full of terror and, when three men wash up on their beach, their little world starts to writhe and concave.  Lust and greed swim with power and femininity, making The Water Cure a powerful read indeed.

Written by Yun Ko-eun and translated by Lizzie Buehler, The Disaster Tourist is a bizarre eco-thriller from East Asia.  Originally written in Korean, The Disaster Tourist throws up themes of environmentalism, sexual assault, feminist issues, and multiculturalism.  The prose is elegant and gentle even in the most distressing of situations making The Disaster Tourist a quaint read indeed.  The perfect definition of a smorgasbord, this novel is anything but normal.

Before The Coffee Gets Cold – Toshikazu Kawaguchi

It seems that everyone and their cat has given Toshikazu Kawaguchi’s Before The Coffee Gets Cold a spin.  This charming piece of East Asian Literature centers on a grubby, back alley café where transcending time is made possible.  The rules for time travel are simple – to get back to the present you must drink your coffee before it gets cold.  Before The Coffee Gets Cold sounds saccharine.

Released earlier this year, The Mercies is the ultimate winter read.  Set in 1617 Norway, the novel follows a group of tough, independent women who’s lives are shaken to the core upon finding out their husbands, brothers, and sons have drowned.  While they fight to survive, a torrent of devilish misogyny begins to gain the upper hand.  How difficult can it be to truly vanquish evil?  The Mercies is based on true events including the 1620 witch trials.  This feminist read is ticking all of my boxes.