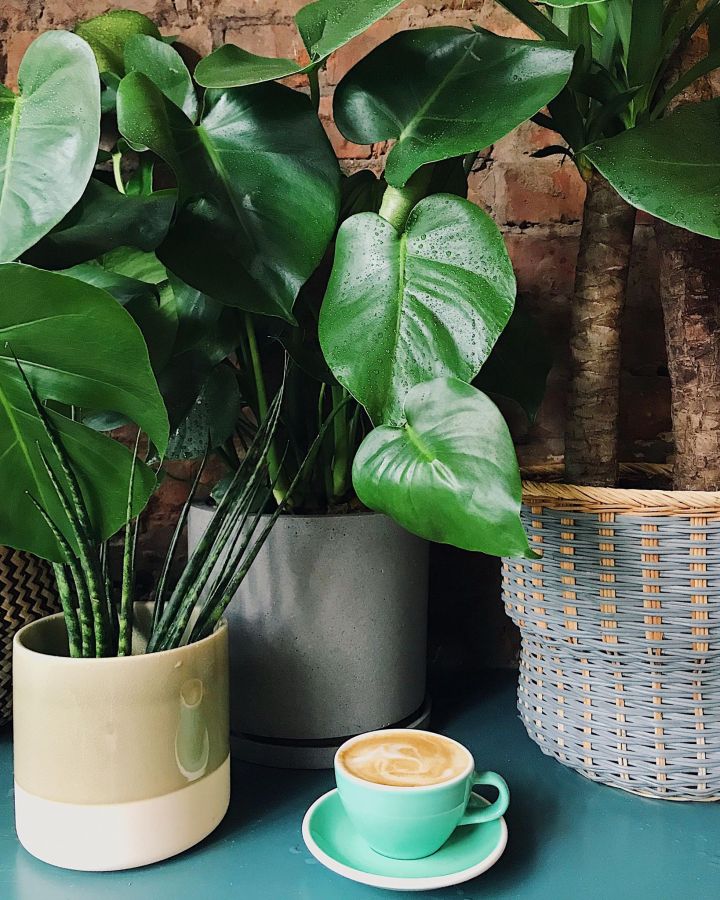 July 2020 marked the re-opening of the world post-lockdown.  The pubs were bustling, the brunch places saw avocado’s dashing out the door and my beloved swimming pool welcomed me back with open arms.  For me, July was a busy month.  There was a new job, a trip home (my first since Xmas 2019!), a shift in commitments and yet I still managed to indulge in eight different reads.

This month, I mainly opted for fiction such as the hot-off-the-press Kevin Kwan novel, Sex & Vanity as well as a friendly face in Harry Potter.  However, there were a couple of non-fiction reads sliced in from feminist queen, Florence Given, and the hilarious Pandora Sykes.  It was a truly great month of reads.  Hopefully, you will be able to spot something below which will take over your life for a few days/weeks.

As always, follow me on Goodreads for every day up-to-date book findings and reading progress.

Harry Potter and the Order of the Phoenix – J. K. Rowling

I mentioned in my January book club post that I like to annually re-listen to the Harry Potter audiobooks.  I find them to be the ultimate comfort and solace; something I have yet to find with anything else.  While its author is problematic, I shall continue to adore Harry Potter by separating the artist from its art.

This re-listen of Order of the Phoenix took me from May 28 to July 9 to finish, hence why there was no audiobook listing on June’s Book Club post.  Calling in at 30 hours, this mammoth task was such a joy to relive.  I find that every time I re-listen I discover a new nugget or uncover a truth I forgot existed.  I didn’t cry when (*spoiler alert*) Sirius died this time, so we are making progress.

Sex & Vanity was one of the books I pre-ordered earlier in 2020 and boy, was it worth the wait.  While Kevin Kwan may have peaked too early with his chaotic Crazy Rich Asians trilogy, his first venture away, Sex & Vanity, was chick-lit paradise.

The setting flits between the tranquil and sensual island of Capri and the hustle and money-driven city of New York.  Erratic secondary characters litter the various scenes while our protagonist, Lucie, represents ‘finding yourself’ and the ‘coming of age’ genre in its finest form.  She is gentle and kind; naive and sweet.  A people-pleaser of sorts; Lucy strides with her head rather than her heart which causes some mischief when she meets the mysterious George.

As well as purely being a romance novel, Kwan touches on the serious subject of causal racism.  Lucie is subjected to microaggressions throughout the entire novel.  We find that her every move is scrutinised by her WASP relatives while her mother not being ‘American’ enough ensures that Lucy is punished for her Asian heritage.  Kwan tackles this subject with extreme delicacy and understanding, making us empathise with his protagonist even more.

While it didn’t have a patch on Crazy Rich Asians, Sex & Vanity was a great, free and funny read.  I am very excited about what is coming next from Kwan. 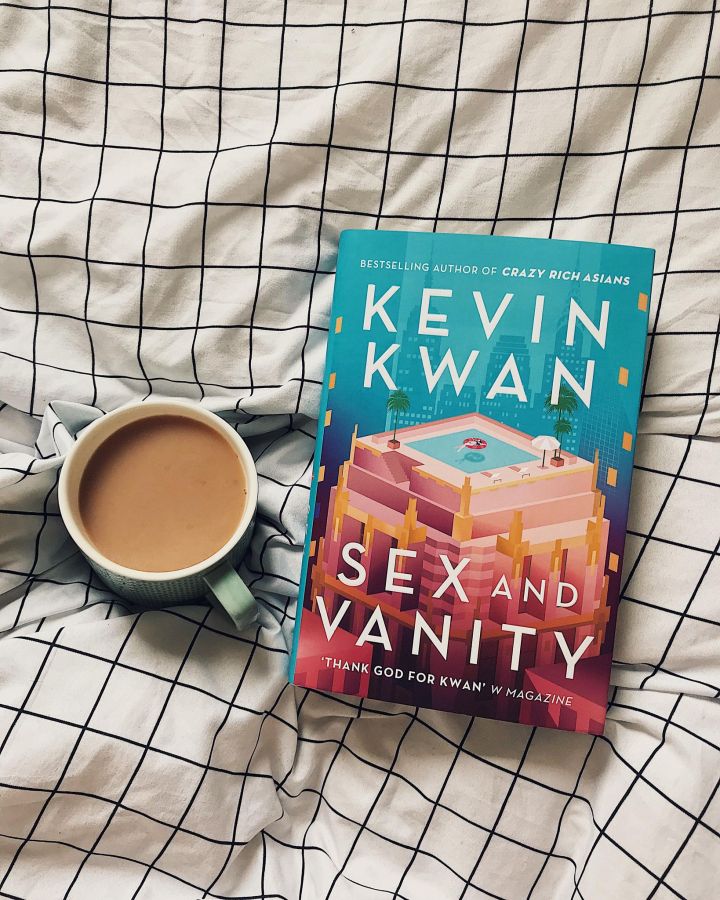 As a Women’s Prize for Fiction 2020 shortlisted novel, there is a lot of hype surrounding Maggie O’Farrell’s Hamnet.  This historical fiction novel tells the bleak story of Hamnet’s (Shakespeare’s son) short life, his death, and its aftermath for his mother.

This gloomy story offers little respite in the way of happiness or enjoyment. It is long and extremely descriptive; not much action and lots of context.  Shakespeare himself makes only a couple of cameos after starring at the beginning of the story.  Despite the book being titled Hamnet, it is with Shakespeare’s wife that the story cultivates around.  This was interesting but ever-so-slightly misleading.

Upon finishing I felt a sighing relief rather than tightened elation.  Hamnet’s subdued tale left me with few questions and little desire to uncover more.  I just didn’t believe that the story of Hamnet nor the way in which O’Farrell described every minute detail was for me.  You win some and you lose some.

Earlier on in 2020, I decided that this was the year that I finally journeyed to the land of Narnia.  In April, I read the magnificent Magicians Nephew for the first time.  In May, I followed it with the familiar Lion, The Witch, and The Wardrobe and in July, it was the turn of A Horse and His Boy.

The Pevensie children are rightly on the throne when Shasta and nobleman’s stallion, Bree, make their break from slavery for Narnia.  The thick-as-thieves pair foil a plot to kidnap Queen Susan, are aided by the godlike Aslan, and discover who they were truly born to be.  Short and snappy with only a couple of components, A Horse and His Boy maybe my favourite Narnia story so far.  The content is so wholesome it almost hurts and shows a different and refreshing side to Narnia.  A recommended read away from the beaten path.

How To Build A Girl – Caitlin Moran

I loved Caitlin Moran’s premiere memoir – How To Be A Woman.  I thought it was brilliant and witty as hell.  However, upon reading How To Build A Girl, I now wish I had only read one or the other as How To Build A Girl is a slightly-fictionalised and embellished version of her memoir.  Both books are set in the same places (Wolverhampton and London) they feature the same friendless, rebellious and unconventional protagonist as well as alcohol, music journalism, concerts, and more.  For me, the similarities were just too striking for me to enjoy.  If you have read neither, then go for How to Be A Woman.  The genius of Moran is prevalent in her sensational first memoir.  I wrote about it here a couple years ago. 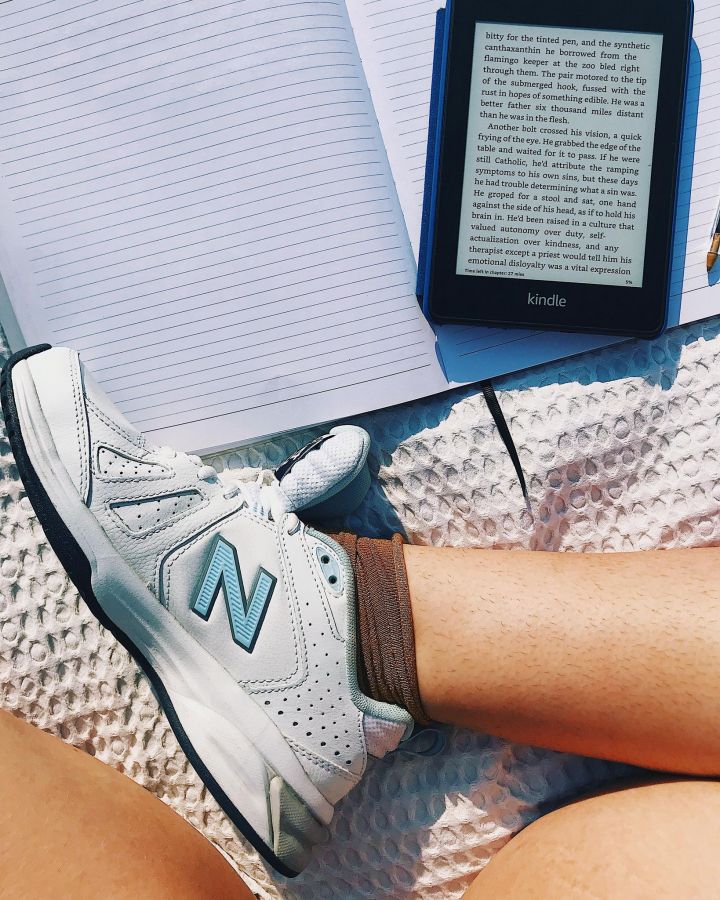 Perhaps hubristic to say, but Florence Given’s Women Don’t Owe You Pretty is the bible right now.  By reading WDOYP, I have discovered how damaging gossiping actually can be and fully understand the ideology behind Given’s famous phrase “stop raising him, he’s not your son”.  A perfect safe space of inclusivity has been created where learning, knowledge and you are the priority.

Self-love and never settling for less than you deserve: while WDOYP may not be the cornerstone of feminism, it is instead a fantastic beginner’s guide to practicing.  If you do anything in 2020 – buy, lend, steal or pirate WDOYP.

I listened to the audiobook version of Women Don’t Owe You Pretty which is narrated by Given herself.  I would 100% recommend elevating your reading experience.

How Do We Know We’re Doing It Right? – Pandora Sykes

Podcaster, journalist, and confessed ex-fashion slave, Pandora Sykes, has written an essay collection to be championed.  Much like her podcast, The High-Low, Sykes’ debut publication – How Do We Know We’re Doing It Right? – is littered with pop culture references and pivotal, controversial moments worthy of discussion.  Tackling topics such as fast fashion to Gwyneth Paltrow’s Goop, Sykes’ zany, and informative essays are utter masterpieces.

I lapped up Sykes’ words in a single sitting (that is just under 13 hours of uninterrupted audiobook listening) and honestly loved every second.  Her thoughts and feelings are compelling while greatly informed.  Her truths are frank and abrasive without being pushy.  Millennial hangups and the anxieties she delivers are shared by me and so many others across the globe which is why I truly believe this is why it radiates compassion.  Sykes understands us.  How Do We Know We’re Doing It Right?  We don’t – that is the beauty of it.

A book for millennials, Gen-Z, and basically anybody who knows who Kim K is – How Do We Know We’re Doing It Right? is the gateway to navigating anxiety and finding yourself in this turbulent, ever-changing internet world.

While the first Killing Eve novel (which I read in May) closely lent itself to the television series, the second, No Tomorrow, diverts, pivots, and ricochets off into a completely new direction.  Revolt, deception, obsession, and cold-blooded murder entwine throughout No Tomorrow – making it even more passionate and exciting than its television counterpart.

No Tomorrow is fantastic because we find that the enigma of Villanelle begins to thaw.  The hazy, shifty shadow surrounding Oxana is finally lifting and we are allowed a glimpse into her mind.  When Eve and Villanelle finally collide, it is in brawl, love, and danger.  A battle that sees neither of them unscathed.

This book is as satirical and comically pleasing as its parent novel, Codename Villanelle.  The complex characteristics of Villanelle bounce perfectly off of the domesticity and calmness which Eve provides.  Jennings has truly outdone himself with this character development.  I am itching to get my paws on Die For Me.

One thought on “July Book Reviews”