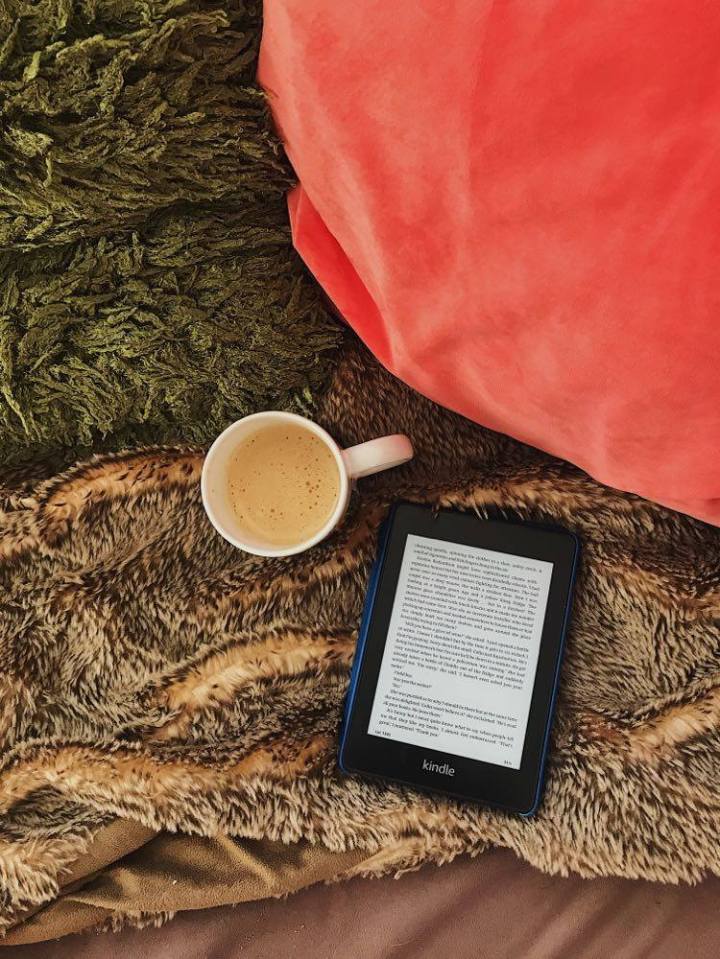 Over the last few months, my appetite for books has grown.  I have managed to branch out of my whodunnit / chick-lit comfort zone, have started to dip into non-fiction readings and actually keep up to-date with forthcoming releases.

As I am a ‘do it immediately or don’t do it at all’ type of person, I have found that pre-ordering books is easier.  I pledge the money and the book is reserved for me.  The money doesn’t leave my account until publication date, and getting a pre-ordered book in the post is almost like a surprise present.  Below are the current novels and memoirs I have on pre-order.

If you're a @dollyalderton fan and adored Everything I Know About Love, 15 October is the date to circle on your calendar. Her debut novel Ghosts will publish this autumn (jacket just revealed!) and you can pre-order limited signed copies now on waterstones.com. ⠀ ⠀ ⠀ ⠀ ⠀ ⠀ ⠀ ⠀ ⠀ #bookstagram #instabook #igreads #dollyalderton #books

Dolly Alderton.  A wonder woman; journalist; podcaster; memoir scriber; Rod Stewart obsessor.  Her first foray and seminal memoir Everything I Know About Love hustled its way into hearts, onto sun loungers across the globe and was probably dipped into a few pools while it was at it.  We cried and we laughed.  I loved it so much, I wrote about it here.

Two years on from EIKAL and 2020 is ringing with the forthcoming air of Ghosts, Alderton’s debut novel.  Her first protagonist is Nina Dean, a highly-successful food writer.  Succumbing to the inevitable pitfalls of online dating, debating the idea that our parents are not physically with use forever and the over-analysed biological clock, Ghosts is the ultimate smorgasbord of feelings for millennials.

Tender words from a heart of gold, Ghosts is out on 15/10/20.
Pre-order a signed hardback first edition here via Waterstones.

Stay tuned for Sex and Vanity, the new novel by 'Crazy Rich Asians' author Kevin Kwan! It's coming to NBS in July 2020. Tap the photo to sign up for the wait list and be notified. This is a glittering tale of love and longing as a young woman finds herself torn between two worlds ⁠— the WASP establishment of her father's family and George Zao, a man she is desperately trying to avoid falling in love with. Moving between summer playgrounds of privilege, peppered with decadent food and extravagant fashion, Sex and Vanity is a truly modern love story, a daring homage to A Room with a View, and a brilliantly funny comedy of manners set between two cultures. #NBSNewReads #NBSbookstagram #NBSeveryday

No hyperbole included; the Crazy Rich Asian trilogy saved my life.  I fell in love with the glitz and the glamour of the Singaporean Young family and their lives of debauchery.  I also adored the minor plot twist of a character going under the knife to resemble Christian Bale, but coming out like Kristen Bell.  I wrote about my love for the first Crazy Rich Asians novel, here.

Waterstones promises that Sex & Vanity, the the first in Kwan’s latest Cities trilogy will be “gloriously decadent and wildly romantic”.  A Wall Street-wealthy Lucie Tang Churchill finds herself spinning through a love triangle of disastrous proportions.  Fuelled by her parents potential disapproval, Lucie must choose between what she likes and what her society has programmed her to desire.  Raucous and scandalous; Kevin Kwan is in his own lane.

NEWSFLASH! A new Cormoran Strike novel is coming in September! ⠀ ⠀ We can't wait to find out what gripping mystery he and Robin will be involved in. ⠀ ⠀ Here's the next #StrikeandRobin instalment…⠀ ⠀ Preorder your copy in store or online now! ⠀ ⠀ #troubledblood #comingsoon #preordernow #cormoranstrike #booknews #robertgalbraith #crime #mystery #fiction #crimenovel #mysterynovel #crimefiction #fictionbook #strikeandrobin #hachetteaustraliabooks @hachetteaus

Mystery currently casts a veil over the fifth Strike novel.  All we currently know about the 2018 Lethal White followup (I wrote about it here) is its title – Troubled Blood.  Therefore, fans are already speculating profusely.  Written by J. K. Rowling under the pseudonym of Robert Galbraith, Troubled Blood is thought to be as quick, gory, witty and intelligent as its older sisters.  What can we expect from Detective Strike and his assistant, Robyn?  Anything.  That is the problem.

Troubled Blood is out on 15/09/20.
Pre-order the hardback edition here via Waterstones.

Skin: It Takes Blood and Guts – Skin and Lucy O’Brian

It Takes Blood and Guts is @skin_skunkanansie’s autobiography, due out September 24th. This is her unbelievable story in her own words that you won’t want to miss. . A limited number of SIGNED special editions are available from @waterstones at the link in our Highlight 💪🏾 . #Skin #SkunkAnansie #ItTakesBloodAndGuts #Autobiography

Skin: the black, gay frontwoman of Glastonbury headlining-band, Skunk Anansie.  A protester; a power-bank; a LGBTQ+ champion; a solo-artist; an icon.  Her memoir, Skin: It Takes Blood and Guts, ties up misconceptions and celebrates Skin’s total diversity and openness.  It is a story of how a working-class girl grew into herself, defied odds and inspired millions.  She gave herself her voice and she is still giving those who can’t talk the chance to.  To say she is one of the most influential women in British rock is an understatement.

Skin: It Takes Blood and Guts is out on 24/09/20.
You can pre-order the hardback edition here via Waterstones.

Quarantine isolation vastly improved by the brilliance of Anthony Horowitz! This one is the follow-up to Magpie Murders and it is so, so clever – and there’s a book within the book! It’ll be out in August. • • • • #MoonflowerMurders #AnthonyHorowitz #MagpieMurders #amreading #bookstagram #booksofinstagram #instabooks #readersofig #igreads #ukbookstagram #readersofinstagram #bookworm #books #tbr #recommendedreading #amreading #bookproof

Punctuating my GCSE English lessons with Alex Rider and my adult life with the Hawthorne mysteries, Anthony Horowitz is hands-down my favourite author.  I just cannot consume enough. In 2018, I was obsessed with Magpie Murders (read my review here) and 2020 has reignited that love, with the latter’s sequel Moonflower Murders being scripted for an August release.

Moonflower Murders – again thought to take the form of a novel within a novel – sees the return of Atticus Pund and now-retired publisher, Susan Ryeland.  A little Greek Mama Mia hotel setting.  A family with a mysterious story.  The promise of mortal danger.  Anything goes in Moonflower Murders.   Preparing to spell us into oblivion, Horowitz’s crime thriller is not one to hide away from.

Moonflower Murders is out on 20/08/20.
You can pre-order the hardback, signed edition here via Waterstones.

André Leon Talley is a former Vogue creative director, previous Met Gala red carpet reporter and Anna Witour’s best friend.  The latter is juicily in the past tense.  His forthcoming memoir, The Chiffon Trenches, is The Devil Wear’s Prada personified.  Talley is coming for the top.

He talks dealing with causal racism in the Vogue workplace and his rusty relationship with “The Empress Wintour” who  “in her power, has disappointed [me] in her humanity.”  He discusses body-shaming, falling into friendship with the late Karl Largerfeld, surviving the illicit fashion rumour mill and more.  A tell-all book unveiling the dark side of fashion journalism and the industry itself.  It is gonna be a crazy ride.

The Chiffon Trenches by André Leon Talley is out now.
Purchase here via Waterstones.

An irresistible treat arriving this autumn: Having brought the Greek myths vividly to life in Mythos and Heroes, @stephenfryactually turns his attention to one of the greatest tales in Western literature – the siege of Troy. Secure a SIGNED edition over at Waterstones.com (don’t wait around – they won’t last long!). ⠀ ⠀ ⠀ ⠀ ⠀ ⠀ ⠀ ⠀ ⠀ #books #instabook #stephenfry #troy #mythos #heroes #greekmyths

Mnemosyne is the God of memory, language and words.  Currently, she is inhabiting the body of Hampstead-born Stephen Fry, whom she is feeding information regarding the spoils of Troy.  Be prepared to dive headlong into the Grecian Armies knocking on the Trojans doors.  Taste the skin of Achillies.  Feel the shift of power which comes with Chryseis’ return.  Shudder as Odysseus breaths down your neck in the magnificent wooden horse.

Troy is an imaginative retelling of Homer’s The Illiad and a story which has been covered in every medium imaginable.  Fry is sure to bring sparkling energy and a blunt comedic edge to the tragic Trojan tale.  There is a reason this story still lives, and Stephen Fry has just given it some more oxygen.

Troy by Stephen Fry is out on 29/10/20.
Pre-order a hardback, signed edition here via Waterstones.