While I use novels as relaxants, time-fillers, mug stands and for a general hobby, I also study them at uni.  Due to studying a combined honours degree, of which one half is English, I have in my possession a plethora of novels which probably would never (and shall never, ever again) have been on my radar.  Thus, my classics library has been formed.

I have too many classic novels, canonical texts and books considered to have a legendary status to put into just one blog post – thus this is a tour of my Classics shelf.  This is Part II, featuring Mary Shelley, Jane Austen, Emily Brontë and Rudyard Kipling.

For part I of my canonical classics series, see here.

The Jungle Book by Rudyard Kipling

The Jungle Book is universally adored: fact.  I myself have been a die-hard fan of the Disney cartoon interpretation since before I was able to tie my shoelaces or ride a bike, however, it was only this year that I first sunk my teeth into the literary version.

The Jungle Book by Rudyard Kipling is a compilation of short stories, featuring our favourite characters (Shere Khan, the hungry Bengal tiger, Mowgli the man-cub, Baloo and Bagheera) as well as some lesser-known instances.  An easy read for fans, and a less romantic interpretation of man’s relationship with animals; The Jungle Book is essential reading.

Ask me my favourite book, and I will swear on the heavens that it is – and shall be forever – Wuthering Heights.  Spellbinding, harrowing and a showcase of how brutality, cruelty and class status can shake characters to the core.  The toxic relationship of Cathy and Heathcliff is forever imprinted on my brain.

The way Heathcliff digs up Cathy’s body and sleeps with her – disgustingly gorgeous.  Emily Brontë’s imagery and ability to make us hate is glorious.  If you have not read this book, do it immediately.  If I was stranded on a desert island, this one book would be my desert island essential.

The novel sees Barton’s luxurious lifestyle topple into desolate poverty, Mary becomes a dressmakers apprentice and is caught up in a love triangle which amounts to the death of one of the players.  Heartwarming yet brutally unfair, return to industrial Manchester and witness devastation first hand.

Confessions Of An English Opium Eater by Thomas DeQuincey

Thomas DeQuincey might be a revered figure in English literature, but his Confessions Of An English Opium Eater is difficult and problematic at best. A hard read to follow with little reward come to closure, your world can survive without attempting to understand these Confessions, I promise.

A novel which has plagued my life since Sixth Form; I reckon with one more read of Mary Shelley’s Frankenstein I could recite the chronology of events and recite the monster’s lamentations off-by-heart.  I own three copies, have sat two exams on the thing and would actually consider myself a bit of an expert.  I am not sure whether that is something I should be proud or embarrassed about.

Featuring more gothic tropes than you would find in a graveyard, Frankenstein is a worthy read for any literature lover.  There’s death; there are Paradise Lost references; there’s science, and there is a protagonist who you just cannot help but hate.  She’s a good’n.

“I am longing to be with you, and by the sea, where we can talk together freely and build our castles in the air”

Much like Frankenstein, I reckon I could successfully recount this epistolary narrative’s events, thoughts, feelings and revelations in chronological order.  Like Marmite, the jury is often torn when it comes to Dracula, however I for one am startled by its brilliance.

Without Dracula, there would be no Twilight and no Professor Quirrel’s turban “stuffed with garlic”.  A gothic fiction that must be on your ‘to read before you die’ list. 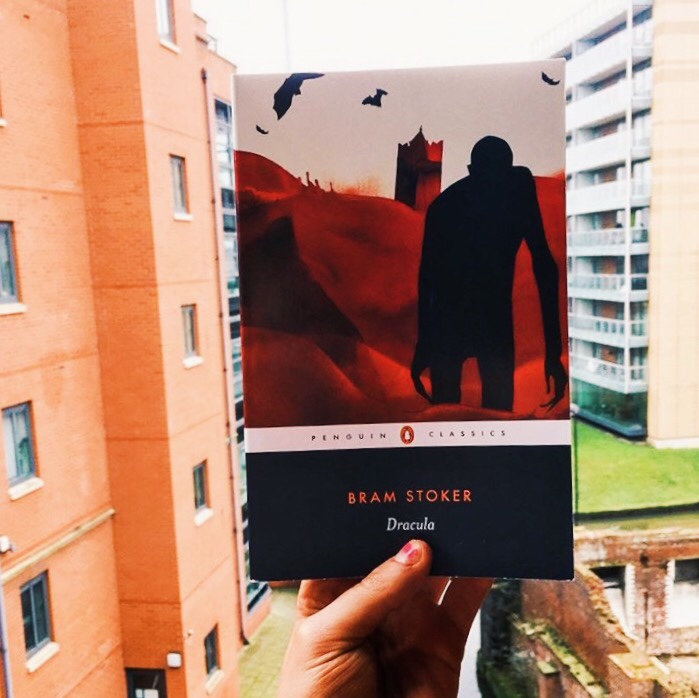 The dislikable, nasty Thorpe’s, the naivety of Catherine Moreland, the glitz and glamour of being plucked from your world and into theirs; the heartbreak when the world tumbles down – rich, golden moments of literature I still adore to this day.

Despite letting Lady Audley’s Secret slip out in the first chapter (a questionable move) it leaves you guessing the outcome of the crazy lady until the very penultimate pages.

monday morning’s are only made bearable via intense caffeine consumption ✖️

monday morning’s are only made bearable via intense caffeine consumption ✖️
free @oatly hot chocolates on the way to work this morning. living the manchester vegan oat milk dream 🥛
this sustainable daisy is bringing her reusable coffee cup AND water bottle to work today. call me sharon thunberg 💐
last night’s @wearerudyspizza vegan mushroom truffle pizza and hugo spritz combo made it here rather than on @elleatsvegan. 🌱 you know it’s that good 🍕 | #escotteats
first photograph of my face in 2020 👋🏽. she’s been reading, consuming copious amounts of one tree hill, eating vegan for @weareveganuary, remembering to take her contraception and (almost) getting to work on time. ☁️ Is this my year?
happy bday bbe 🌻
tidied my room, changed my bedsheets. I feel like a productive force to be reckoned with ☁️
finishing up book number 1 of 2020 🐮. the cows is a dark chick-lit novel following three women. lust, intimacy, loss, grief and embarrassment. 3 🌟 | #escottreads
%d bloggers like this: