One of the most important aspects of my life is music.  It surrounds every major life decision; soundtracks the heartbreaks and heartaches  I encounter; lifts my mood like nothing and nobody else, and has influenced me to embrace my interest as part of a possible future career path.  Because of how important music is, I thought I would share some gems from my record collection with you guys.

The Cure – The Caterpillar

1984 – The year of The Terminator, the birth of The MTV Music Awards and The Cure’s ‘Caterpillar’.  My premier band list is longer than my tongue, but topping it every time, without the flick of a heavy-mascara eyelash, is The Cure.  ‘The Caterpillar’ is entering its fifth year as being the hidden gem in my vinyl collection and this 7” is not slowing down in idolisation anytime soon.  I feel I have a little bit of the original Goth queen, Robert Smith, watching over my Castlefield flat every time I give this pretty single a spin. 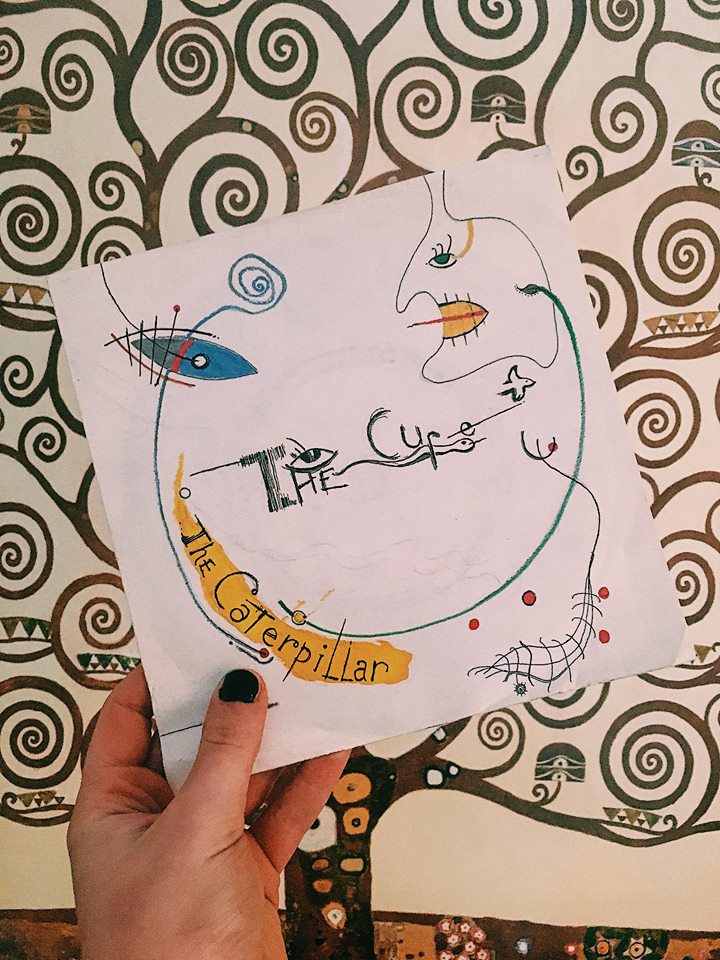 In my record collection, I have one and only one guilty pleasure, which also doubles up as one of my prized possessions – my Lady Gaga ‘Bad Romance’ picture disk.  The 7” vinyl itself is stunning –  featuring a dazzling picture of mother monster herself, and holds both a radio edit of ‘Bad Romance’ and a DJ Dan club remix of ‘Paparazzi’.

I have forever been in adoration of Lady Gaga.  From firstly seeing her emerging pregnant from a coffin on stage at Radio 1’s Big Weekend, to cruising around my hometown with my mother dearest, blaring the words to ‘G.U.Y’ – Gaga is an artist who bears a selection of my fondest memories.

The picture disk isn’t something I like to get out of its dust cover very often but, when it does come out, my neighbours down the hall know about it.

Kate Bush – The Kick Inside

Of the hundreds (maybe even thousands) of novels, I have had my nose wedged in; nothing comes close to Charlotte Bronte’s Wuthering Heights.  The passion I have for Wuthering Heights is second to none, which is probably why I believe Kate Bush’s ode is the perfect remedy for any bad mood.  Catch me mortal drunk stifling sobs as I scream the words “IM SO COOOOOLD/LET ME INTO YOUR WINDOOOOOW”.

Kate Bush’s ‘Wuthering Heights’ features on The Kick Inside (1978) – Bush’s debut LP – and, although the album itself is not one of the greatest vinyl in my collection, it features my karaoke classic as well as ‘The Man With The Child In His Eyes’.  Have you heard anything more tear-jerking than Kate Bush softly crooning the words to ‘The Man With The Child In His Eyes’?  The double team of tracks follow each other on the tracklist, making owning The Kick Inside beyond worth it.

Adam And The Ants – Kings Of The Wild Frontier

The tidal wave of emotion I receive from the 7” crackling, and then Adam Ant’s pertaining voice echoing “A new Royal Family, a wild nobility, we are the family” forever surprises me.  The wash of gratitude I have for my dad for purchasing this 7” is forever embedded in my heart.  Not only is ‘Kings Of The Wild Frontier’ my favourite Adam & The Ants track but reminds me of ridiculously overpriced dragon fruit cocktails in Camden and caving in the bed of my old bedroom… Through ponging up and down on the bed in joy, obviously!  Gosh, what were you thinking?

And there you have it, a sneaky-peak into the backbone of my vinyl collection.  It is ever-expanding and extremely diverse, but I always have time to adore the classics.  What are your favourite albums and singles that you cannot live without?