What do you need to cheer yourself up on a sunny Saturday night in Manchester?  A glass (a bottle) of bubbly, a g i g a n t i c carbonara pizza, a crazy gal pal and Liam Gallagher playing overhead.  You do realise I am talking about a night out at Artisan, right? 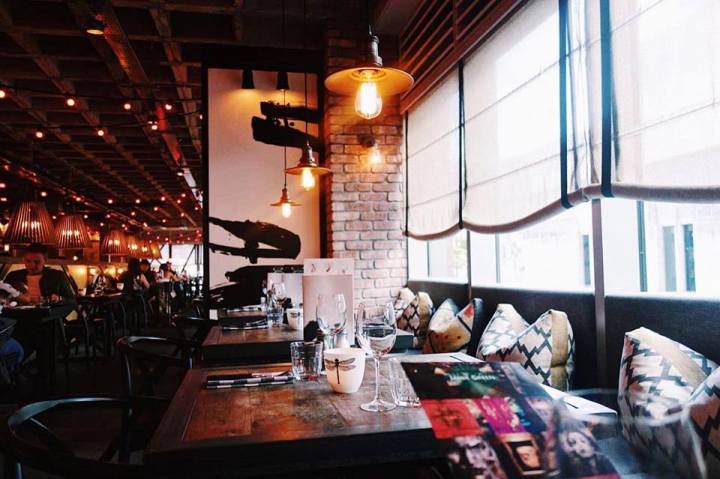 If you are not familiar with Artisan, then don’t worry, I had no idea it even existed until I walked straight into the bloody door!  The restaurant itself is situated in Spinningfields, Manchester, tucked away behind The Alchemist (its sister venue), The Oast House, and next door to Neighbourhood.  I could have caused some serious damage there with a pun, but we will quit while we are ahead, shall we?

From the outside looking in, Artisan is simply like your standard Spinningfields bar.  Spirits as far as the eye can see, punters dolled up to the nine’s, wine glasses being swirled in the dark wood room.  Don’t forget to stick ya nose in it!  You know the works.  However, heave yourself and your heels up the monochrome steps and my, oh my, you are in décor heaven. 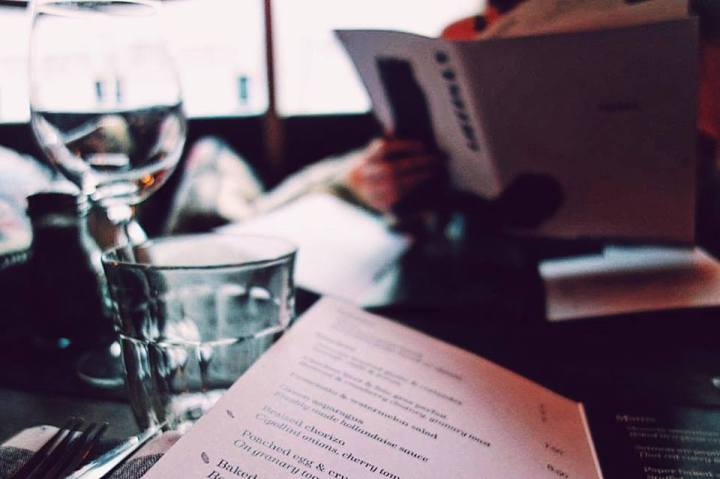 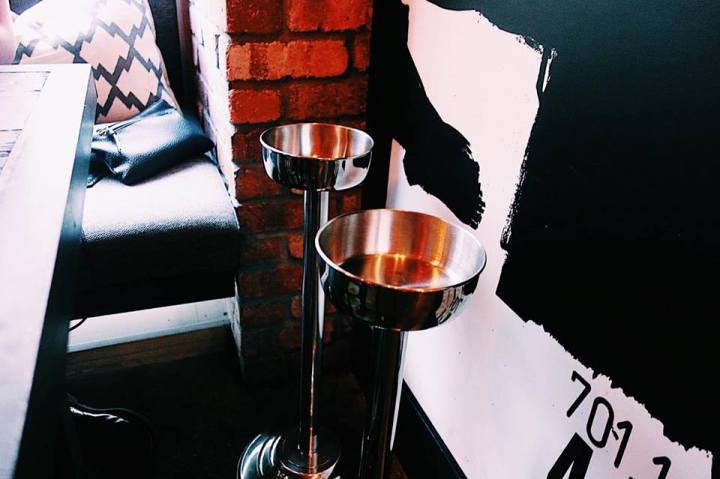 As I said, monochrome is the name of the game, with hosts looking suave in black suits and heels, servers in black and white (or an own-style variation), the walls covered in black and white art, the menus were white and black.  Yadah, yadah the monochrome vibe looks slick and sophisticated and really makes you feel comfortable.  I liked it, can you tell?

I’d describe it simply as a real-life version of The Tardis.  The restaurant is in a separate building to the downstairs bar (connected by a windowed walkway) and there were so many tables you could spread everybody you have around for Christmas over a few of the booths.  Annoying, mildly-misogynistic uncle and bratty cousin included (obviously not at the one I am sitting at).

The servers were insanely efficient and beyond bloody friendly.  I and my friend Alex chatted to our waitress while she kindly poured our prosecco (I am used to drinking mine from a mug at pre-drinks, so this was an above-the-clouds bonus) and waited for me to decide on the pizza situation. 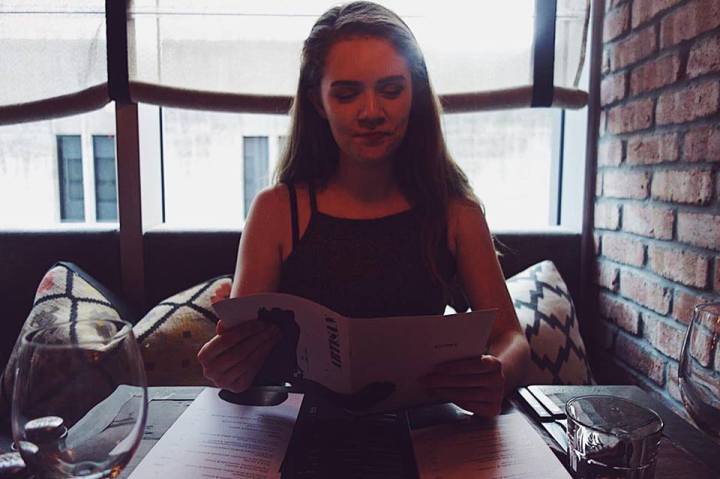 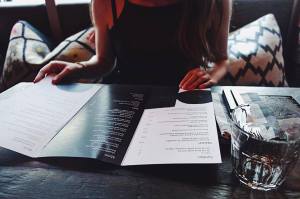 Asking me to choose a pizza topping is like asking me to stop buying trainers. 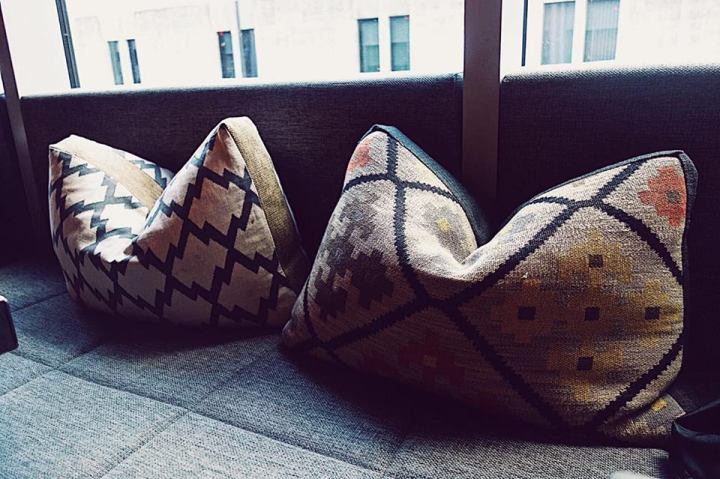 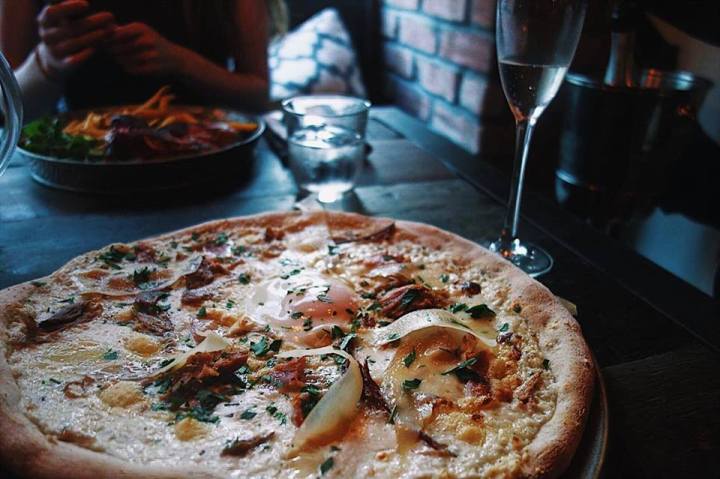 As you can see, I caved and went for the carbonara pizza, while Alex went for half a chicken and chips, did somebody say it was better than Nandos?  Did they? Huh, weird.

The carbonara pizza was absolutely delicious – both taste wise and in appearance. Topped with tagliatelle, bacon, layers of cheese, white sauce and topped with a gooey-louey fried egg, the pizza was seriously to die for.  With carbonara being my favourite play-it-safe dish, it is fair to say I have tried a few carbonara pizzas (Madrid is the place to find the dishes of your dreams) and this one seriously pipped them all to the post.  Hands down one of my favourite pizza dishes ever and this handcrafted one is seriously gonna be hard to beat!

monday morning’s are only made bearable via intense caffeine consumption ✖️

monday morning’s are only made bearable via intense caffeine consumption ✖️
free @oatly hot chocolates on the way to work this morning. living the manchester vegan oat milk dream 🥛
this sustainable daisy is bringing her reusable coffee cup AND water bottle to work today. call me sharon thunberg 💐
last night’s @wearerudyspizza vegan mushroom truffle pizza and hugo spritz combo made it here rather than on @elleatsvegan. 🌱 you know it’s that good 🍕 | #escotteats
first photograph of my face in 2020 👋🏽. she’s been reading, consuming copious amounts of one tree hill, eating vegan for @weareveganuary, remembering to take her contraception and (almost) getting to work on time. ☁️ Is this my year?
happy bday bbe 🌻
tidied my room, changed my bedsheets. I feel like a productive force to be reckoned with ☁️
finishing up book number 1 of 2020 🐮. the cows is a dark chick-lit novel following three women. lust, intimacy, loss, grief and embarrassment. 3 🌟 | #escottreads
%d bloggers like this: