This year, I’m writing my New Year’s resolutions early on the blog so, come August, I will not forget which bloody notebook I jotted the idea down in about going swimming and then continue to forget everything I promised myself I would do… Like this year.  Typically, this actually seems to happen every year but not in 2017.  This is the year I seriously get my lethargic ass into gear!

You think the friends you have when you’re sixteen/seventeen are going to be your best friends forever and ever, until death do you part.   I’m starting to get to that age where that ideology is fading, and everybody is starting to disappear off the face of the planet.  Most of the time I’m not bothered but sometimes it stings.  My first resolution of 2017 is to stick a smile on my face and get over the fact I only have four or five friends.  The people I have in my life right now are seriously special, and I love them to pieces.  Things change, stop being so mardy about it, Ells! 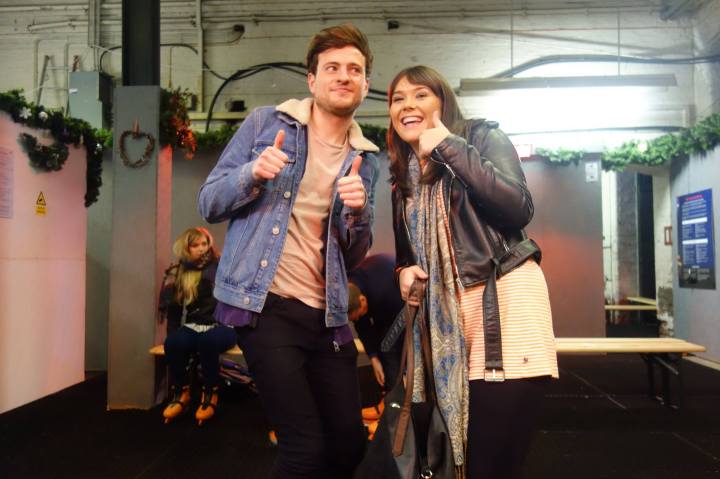 Basically, I’ve realised I really can’t hack the 7 pints of Blue Moon pre-drinks and I definitely cannot handle the eight double vodka and lemonades in 42s.  So, I’ve stopped going out.  But I miss: the dancing; the music; the atmosphere and the memories you make with your nearest and dearest.  So, since I can’t carefully collect myself during my alcohol-escapade, but I still want to go out and have the time of my life – I’m going to start going out sober.  Am I crazy? Maybe, baby… But we’ll see whether my dancing shoes fit the same when I’m two bottles of wine lighter.

This one is slightly ambitious and I’m probably overestimating how many bands I actually like in the world which are touring (which right now is about 6) but still.  In 2016 I can probably count the number of bands I’ve seen on my right hand, which is ridiculous considering I live in Manchester!  So, this year will be different.  I need that euphoria back in my life and, by the time December 2017 shoots around I want to at least say I witnessed fifty-two acts live and in the flesh.  Fifty two isn’t that many, is it? Big ask?

I do not mean buy me a sequin mini dress.  I mean that episode of Parks and Recreation where the cupcakes come out depicting ‘Treat yo self’.  I want to start indulging in a skin care routine, a bath time body makeover and make myself a little sparkly snowflake on the inside.  I want to start being in love with myself and the only way I know I’m going to do that is if I slap on a face mask, overflow my bath with sweet smellies from Lush and really, really look after myself.  2017 is gonna be all about me, me and me!

Don’t worry, I know I’m still a student who works as a waitress, I don’t mean “those Charlotte Olympia Kitty flats are only £400, just get them”, I haven’t deluded myself.  But, what I mean is, I see so many opportunities pass me by because I think “I can’t do it” or “I don’t want to do it.”  I need to start swallowing my fear and also my pride and seize every bloody opportunity I can get my mitts on.  Write a 1000 word piece about why I love Amie Skincare? Done.  Volunteer to do a ten hour shift at work, just to help out?  Done.  If I want it then I need to get my name all over that shit.  Nothing is getting half-arsed in 2017 – if I want something I’m going to go get it.

Number 6 is kinda related to number 5’s If you want it, get it.  I’m an absolute slacker with education, I always have been and I probably reckon I always will be… But in 2017 I really need to make it count.  I finish my first year at the University of Salford and will hopefully begin my second by the time that September comes around so I really need to knuckle down, do the work to my best ability and actually show up at my lectures.  This is important and I seem to forget all the damn time.

My resolutions may not be the most exciting things in the world (stick in at school, don’t do alcohol, blah, blah, blah) but they’re seriously important.  2017 is my year, 100% and by December I want to be like: “Bitch, I did that so well.”