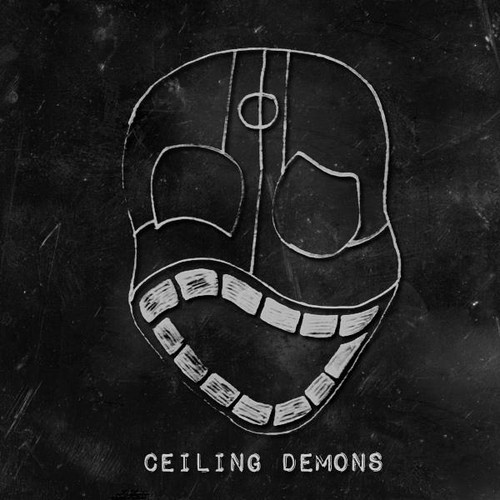 With suicide being one of the biggest killers of males under fifty; game-changing charity CALM (Campaign Against Living Miserably) are doing their part to raise awareness of the severity of mental disorders and trying to reduce this tragically high rate. Aiding this outstanding charity’s work and contributing to this fantastic cause are alternative hip-hop two piece Ceiling Demons.  Releasing both their brand-new single, ‘Every Step Is Moving Me Up’ alongside Folds’ ‘Follow The Lights’ remix and donating all contributions to CALM; Ceiling Demons are proving they’re hard at work creating their legacy while whipping up a media storm.

Teaming up with Leeds-based Trip-hop pioneers, Folds, to enhance their smorgasbord of musical treats, available to digitally download now, are identical twin brothers Psy Ceiling and Dan Demon, better known as the UK’s most innovative up-and-coming hip-hop band, Ceiling Demons. Doused in support from the likes of Scroobius Pip and BBC 6 Music’s Tom Robinson; Ceiling Demons are at the forefront of their game and, thanks to the charity release of ‘Every Step Is Moving Me Up’/’Follow The Lights’ remix; this Yorkshire duo’s name is about to be projected across the UK.

‘Every Step Is Moving Me Up’, the highly-anticipated charity release from Ceiling Demons in aid of CALM, is an up-lifting track brimming with: vivid clarity; pulsing positivity and hooks so infectious, it’s physically impossible to remain unmoved by this powerful musical celebration.

The juxtaposition of tantalising darkness, typically residing within Ceiling Demons sound, and the light, hopeful subject of ‘Every Step Is Moving Me Up’ is a wondrous contrast, creating energy and the optimistic ideology that any obstacle can be overcome.

Available to download now, with all proceeds going towards CALM, is Ceiling Demons fantastic new single ‘Every Step Is Moving Up’ and Fold’s ‘Follow The Lights’ remix. As well as the download, the band plan to auction the ultimate Ceiling Demons bundle including: a signed copy of their album Dual Sides, a t-shirt, original paintings and ‘Every Step Follow The Light’ artwork by Tim Coomber among other money-can’t-buy objects. This auction begins November 25th and ends December 5th.