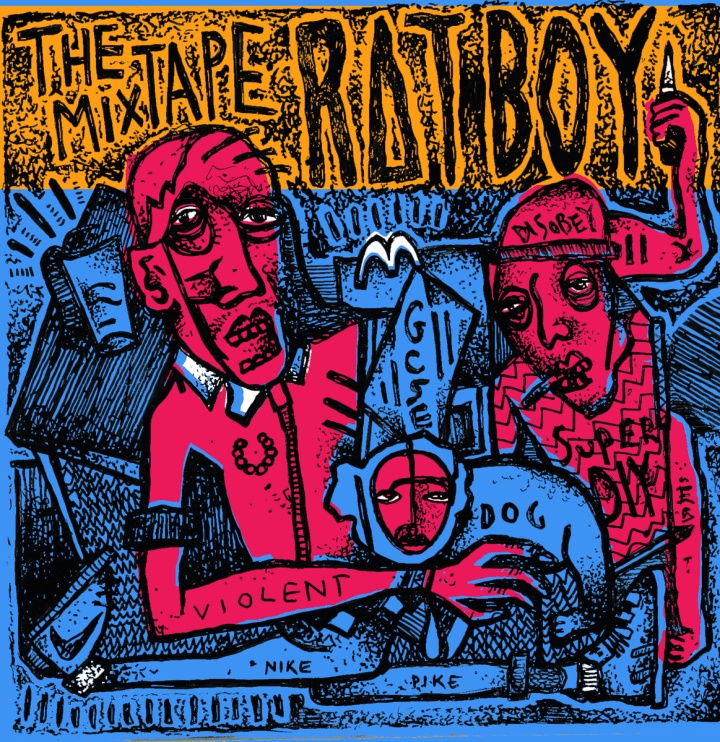 If The Streets’ Mike Skinner and Wimbledon’s Jamie T decided to funnel their creative passion into a single collaboration, there would ultimately be no purpose… That ship has already sailed.  Meet Jordan Cardy – better known as the slurring Rat Boy – who’s already been championed by the likes of Radio 1’s Phil Taggert and NME for the outstandingly gritty and captivating Mixtape.

Immediately showcasing the rich, alternative and innovative sound Rat Boy strives to obtain, is ‘Hanging Around’, The Mixtape‘s opening track. Brimming with vivid ideology – “the drinks are warm/and the weather is cold/the girls are young/but the men are too old” – brought about through  brash, passion-doused vocals; ‘Hanging Around’ is the perfect introduction into the brutal world of Rat Boy.

If you’re still unsure whether you can slide into the ‘die-hard fan’ category after hearing ‘Hanging Around’, Rat Boy makes sure all previous doubts are dashed, with the game-changing ‘Carry On’. Using a repetitive guitar riff to compliment the haunting backing vocals; ‘Carry On’ is a slice of professional experimentation and, with an elongated fade, key-change and speech samples thrown into the mixture; ‘Carry On’ is an ultimate tune and sure to be swimming around your head for days.

Sounding like something being plucked from Jamie T’s King & Queens era and a defining turning point for The Mixtape, is the supreme, crowning track ‘Sportswear’. Featuring probably one of the most ingenious lyrics  of this year “Ed Hardy Jeans/with broken dreams/stitched in between the seams”, ‘Sportswear’ is the track that will – without reservation – catapult Rat Boy straight into the thick of the mainstream, and have the world residing on his palm. Don’t say we didn’t warn you: ‘Sportswear’ is a tidal wave and it’s planning on engulfing the UK.

Penultimate track ‘Laughter’ again switches things up on The Mixtape, by highlighting a more emotional, raw edge to Rat Boy. Full of wonky, fuzzy riffs and an infectious clapping sound effect; ‘Laughter’ gently settles the mood for The Mixtape‘s final deal-sealer ‘Journey’ to hit the airwaves.

Ending The Mixtape on an almighty high; the simply breathtaking ‘Journey’ cements the rapidly growing idea that Rat Boy is going places, and getting there fast. Although ‘Journey’ reluctantly signifies the ending of The Mixtape, it’s anything but a finish for Rat Boy. This is just the initial step and beginning of Jordan Cardy’s long and prosperous reign of the UK. Long live the king!

The Mixtape, the fantastic debut by Rat Boy, is available to stream in full below: