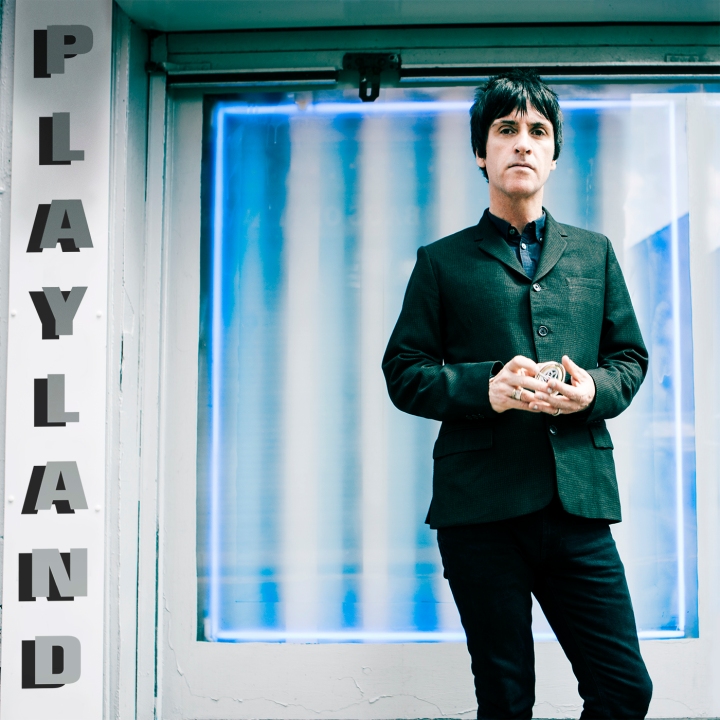 At this moment in time, it’s not The Smiths legendary co-songwriter we want to hear about; nor do we want to mention a former Cribs member, and we certainly don’t want to talk about a past associate of Modest Mouse. It’s time to stop revelling in nostalgia and set your gaze upon the sun; there’s only one real reason we should be making a song and dance about the legendary Johnny ‘Fuckin’ Marr right now, and that’s due to his sophomore album, Playland.

February 23rd 2013: Marr released the highly-acclaimed The Messenger to the world; accumulating a solid 8/10 rating from NME, while establishing the fact that Johnny Marr is now a fully-fledged solo-artist. Fast-forward nineteen months and Marr’s second solo album, Playland, opens with the roaring ‘Back In The Box’. Seamlessly blending the core elements of rock music – captivating hooks with pure, raucous guitar lines – Playland‘s opening track, ‘Back In The Box‘, is an instant punchy, pleasure-house of faultless rock.

As Playland‘s opener fades however, eardrums are instantly splayed as the first single to be taken from the album, ‘Easy Money‘, snarls onto the scene. Arguably the vital ingredient of what makes Playland tick; ‘Easy Money’ crackles with supreme professionalism, entwined with the world-renowned sophisticated sound Marr has established. Matched by no other track on the album, ‘Easy Money’ showcases the fifty year old Mancunian’s breath-taking ability in all of its glory.

Title Track ‘Playland’ – sandwiched between ‘Speak Out And Reach Out’ and ‘The Trap’; a track curdling melodic guitar riffs with sweet synthesisers – is a four minute forty second explosion of blissful, controlled madness. The marriage of Johnny Marr’s swooping vocal and crazed tambourine not only makes the title track stand-out head and shoulders, but also whips brains into a frenzy, as minds conjure up images of ‘Playland’ being performed intimately live.

The pounding energy of Marr doesn’t let up, as ‘Boys Get Straight’ and ‘This Tension’ is delivered with delightful precision. Boasting light acoustic guitar lines and almost spoken-word lyrics by Marr; ‘This Tension’ is the ultimate penultimate track of Playland. As the track grinds to a sudden halt, way is given for final track ‘Little King’ to seal the deal; pronouncing Playland to potentially be the best work released by Johnny Marr to date and one of the best albums 2014 has seen so far.