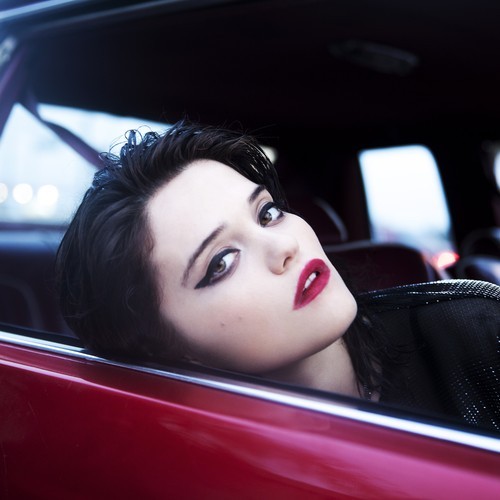 At long last, Sky Ferreira can breathe a sigh of relief while looking back on her plagued pop past. A career that was doomed before it even began, has managed to be rekindled in the form of stunning debut ‘Night Time, My Time’. The album has left Sky Ferreira in the prime position of officially beginning her fruitful reign as The Synthpop Songstress.

The album boasts the potential of becoming the soundtrack to every teenage girl, suffering at the hands of heartache. The raunchy vocal of Ferreira, which leads the direction of opener Boys welcomes you into her seemingly raspy, grunge-influenced world with open arms. However, on the other end of the spectrum, 24 Hours presents an immediate era shift; revealed through the howling synthesiser which paints vivid images of head-banging and singing down your hairbrush in your bedroom.

The dramatic blend of pink-pop and indie-rock is is a gigantic risk with severe consequences – however, Ferreira glides through the impossible pairing with such ease and sophistication, especially highlighted on tracks Love In Stereo and Nobody Asked Me (If I Was Okay). ‘I can’t keep up he’s locked inside my head/but he just wants to be my friend’ lightly moans Ferreira, over a layer of indie-influenced guitar plucking, making Love In Stereo one of the most vulnerable representations of Ferreira on the album.

The album itself is a work of art; with possibly the most beautiful coming-together moment on the album on You’re Not The One. The mammoth track is a combination of a hard, radiating guitar line and Ferreira’s most heartfelt and relatable vocal performance, pulsating radiance and commotion. I Blame Myself is another gaping-mouth moment, similar to You’re Not The One. ‘Is it because you know my name?/or is it because you saw my face on the cover?’ represents Ferreira’s scared confidence due to relentless scorning of her music career; but three years down the line, who’s laughing now?

Night Time, My Time optimises hope and emits emotion; there’s a flash of something special for anybody to empathise with, throughout the entire album. Ferreira holds two fingers up to everybody who’s held her down for so long and shows, through the delicate subjects presented on the album that she’s been worth the wait.