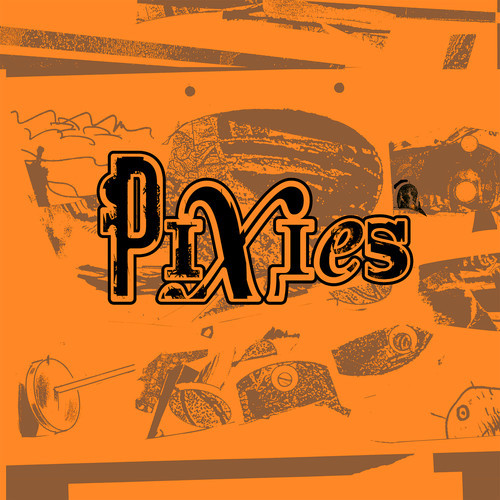 Seeing your favourite band live, in the flesh, singing and preforming the tracks from an album you’ve constantly played to death on your record player, is something magically special and so unique it’s difficult to wrap your head around.

As Black Francis took the mic to preform opening track ‘Bone Machine’ from 1988′s ‘Surfer Rosa’; the hearts of every man and every woman were thrown up into the air, tears filled eyes, shirts were stripped off and the hungry crowd became one voice. Calm, cool and collected; Pixies Friday headline set transformed King Tut’s Wah Wah tent into nostalgia central.

Running through their highly acclaimed back catalogue of tracks such as ‘Bagboy’, ‘La La Love You’, ‘Gouge Away’ and ‘Tame’; Pixies managed to command and lead a revolution, spinning numerous pits of manic dancing in their wake.

Ploughing through their set without uttering a single word, Pixies played the gigantic, ground-breaking track ‘Monkey Gone To Heaven’ and the phenomenally flawless ‘Debaser’ back to back; a personal, possible defining moment for any Pixies fan who understand the impact of these two individual tracks.

A ‘jamming’ session onstage between Black Francis and the larger-than-life Joey Santiago led to a backwards guitar solo (it was as strangely appealing as it sounds) which was met with a deafening round of applause.

As the set drew to an end, the American four-piece had one last, final trick up their sleeve, taking the form of ‘Where Is My Mind’. Hours later faint ‘oooo’s’ could be heard across the campsite – showing the sheer power and influence Pixies still hold today.